Spain was one of Europe's solar pioneers. For several years in succession, the PV industry has concentrated strongly on this target market and installed many gigawatts of system capacity. A few years ago, however, the lavish subsidies for renewable energies were greatly reduced by royal decrees. This consistent and necessary step is now paying off for Spain.

The continuing high global radiation in virtually all parts of Spain and the significant drop in module and system prices in recent years currently offer the country ideal conditions for a new entry into the solar sector.

The average annual solar radiation is about 1,700 kWh/m²; in comparison, southern Germany has just 1,150 kWh/m². This corresponds to an additional yield of approx. 50 %. These framework conditions mean large solar power plants pay for themselves even with minimal state funding. Today, the profitability of the plants can be guaranteed almost entirely by the electricity market price. This makes the strong dependence on state subsidies a thing of the past.

In 2014, F&S solar founded a 100 % subsidiary company in Spain that has since developed various projects in the Balearic Islands and that operates

as a global EPC company from Spain. The company has its registered office in Barcelona. 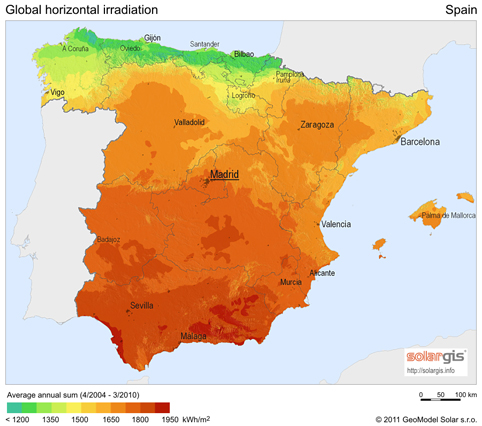