The Schwege solar park in the Glandorf municipality with its population of 6,800 is a solar plant of superlatives: The 36,000 solar modules installed on the solar park's 20 hectare site would stretch for 60 kilometres if arranged placed end to end. A total of 500,000 metres of DC cable alone were laid for the system; the surrounding fence, beneath which small animals can slip to reach the green area, is 2,000 metres long.

The solar energy system can generate 7.4 million kilowatt hours of electricity each year – enough to power 2,400 households. Compared with fossil fuels, the plant achieves savings of some 4,600 tonnes of carbon dioxide per year.

One of the unusual technical features of the Schwege solar part relates to the various medium-high voltages used in the system: a ten-kilovolt level is provided for consumers within a very close range of up to 400 metres. However, since a thirty-kilovolt grid line runs through the solar park, the other half is connected at this higher voltage, which allows it to supply electricity to consumers up to ten kilometres away. 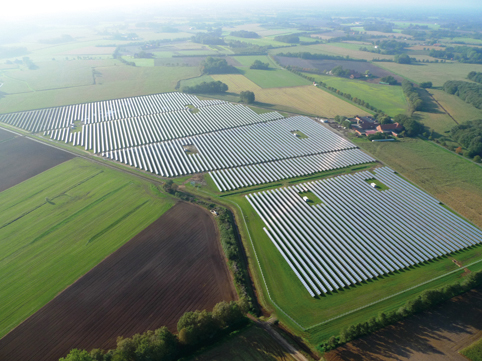