Solar park firmly in the hands of the Citizen Energy Association

The 7.8 MW open-air photovoltaic power plant in Vogtsburg was installed in a record time of just three weeks. Ownership of the part then transferred to the Citizen Energy Association Vogtsburg. The citizens of Vogtsburg have taken the initiative and are implementing their own transition to new forms of energy. One of the largest projects in financial terms was implemented with the support of the local Volksbank (credit union).

More than 30,000 solar modules were installed over an area of 14 hectares along the Kaiserstuhl Railway between the towns of Niederrotweil and Achkarren and directly adjacent to the Büchsenberg conservation area.

The largest solar park in Baden-Württemberg has been feeding clean solar electricity into the grid since May 2013. 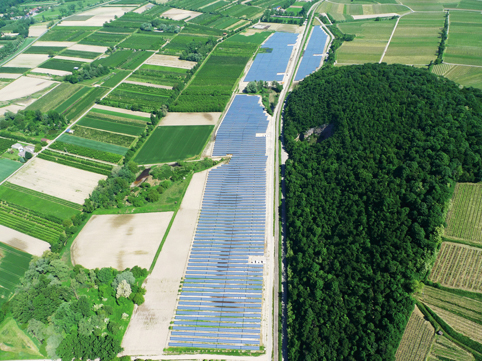